Sepsis is a life-threatening condition that occurs when the body’s response to an infection damages its own tissues and organs. The most common sites of infection leading to sepsis are the lungs, urinary tract, tummy (abdomen) and pelvis.

Sepsis symptoms in children under five

Early symptoms of sepsis may include: 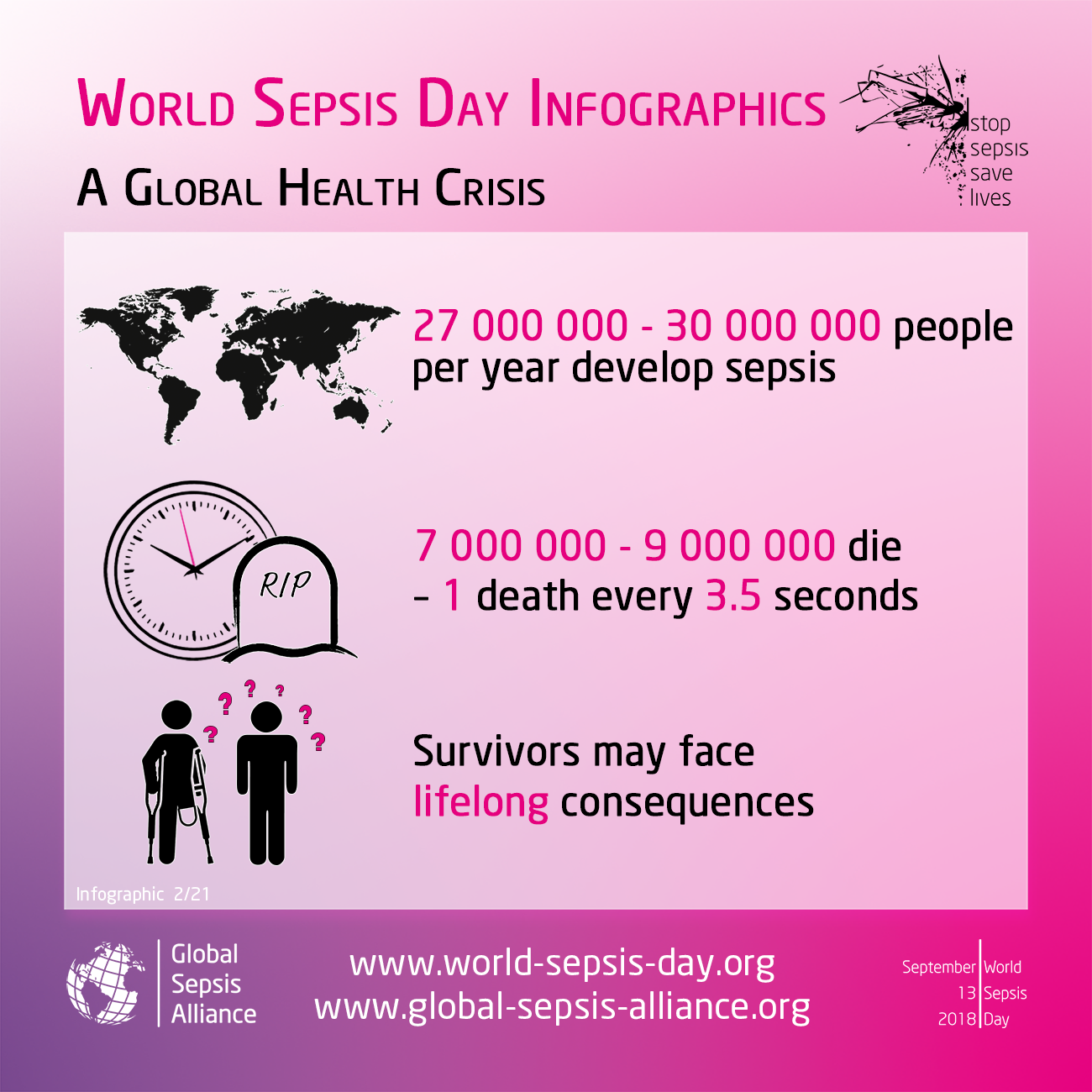 Who are at risk?

Everybody is potentially at risk of developing sepsis from minor infections. However, some people are more vulnerable, including people who:

Go straight to A&E or call 999 if you’re having any of the above symptoms!